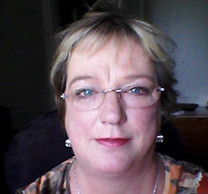 I was introduced to kinesiology in the late eighties by my sister, a homeopath. Even though I at that stage did not know it, this discipline was to not only become my career, but my passion.

My background consists of a Degree in Psychology (UNISA), Diploma in International Financial Management, (Damelin) and a Diploma in Adult Training from UNISA amongst other qualifications. When I started studying kinesiology available here in South Africa was only Touch for Health and the PKP courses. I enquired overseas regarding further training and expanded my studies and qualifications in the Netherlands. I became a Touch for Health Instructor in February of 1993, and a Three-in-One Concepts Instructor in July of that same year. My training continued and over the years I became an Instructor for Neuro-Training (Pty) Ltd (originally Educating Alternatives) and also, in 2001 for Neural Organization Technique. I am currently a Board Member for Neural Organization Technique International and Representative for Africa for Neuro-Training (Pty) Ltd.

As the years passed and more and more Kinesiologists were trained and available for clinic purposes, I reduced my workload and I now focus, work-wise, exclusively on training in this field.